Premier Division leaders APBS are the sole representative in the Berks and Bucks Intermediate Cup for the Michael Anthony sponsored ADL now as they beat fellow Aylesbury side Elmhurst 2-1 to reach the last 16. Lewis Creser and Paul Strong cancelling out a Toquee Butt goal. The regional draw that generally pits most Aylesbury and North Bucks (MK area) together for the first few rounds now means it’s rare to get more then 1 side through to the latter rounds.

Rivets Sports Reserves finally got their Junior B&B Cup game on at the third attempt and a pitch switch vs Willen FC, sadly they went out 5-2.

In the Presidents League Cup, Stoke Mandeville battled well against unbeaten Tetsworth from the league above before going down 2-0. James Hickling & Zoi Jones scoring

In the Thomas Field Shield Aylesbury Raiders left it late to see off new cup side Ley Hill Vera 2-1, two goals in the last 15 for Raiders, Rhys Cairnie & Kyle White scoring. AWFC must detest Great Missenden who easily beat them once more 4-0 this time, although it was 0-0 at the break.  Long Marston knocked out Haddenham Utd of another competition 2-0. Darren Caseman with a brace. Ayletico quashed Quainton 9-2 away in the other game, Sean Williment with a hat-trick

In the ADL Premier Division, Prestwood who just escaped relegation last year are on a high as they moved back into second place with a 3-2 win over Rivets Sports. Jason Duncan and Jamie Gilbert scoring alongside sub Biu Dinh Kevin Triue. Rivets haven’t won since the opening day of the season, strangely against Prestwood, how the form has turned. Wendover vs Bedgrove Utd was rained off

In Division One Bedgrove Utd Reserves resurgence continues as they look for back to back promotion finishes and they went top of the table humiliating Ludgershall 9-0. Pace and counterattacking play at its best as Ryan Macdonald scored five times. Tring Corries won a 9 goal thriller 5-4 over Wendover Reserves, Harry Bennett with four of his side’s goals. Wingrave grabbed an important win as they beat inconsistent Oving 5-3; going 4-0 ahead before a late comeback. Chris Djuric & Callum Kidney brace each, before George Morris ended the contest.

In Division Two Long Marston Reserves pulled clear at the top beating second-place Rivals Tetsworth Reserves 3-2. Haddenham Utd Reserves great run game down to earth with a bump as they lost 4-0 at home to AVD Development; Kedge Jeffrey, Darren Woolard, Andy Young and Jordan Richardson scoring.  Wingrave Reserves grabbed a win over Aylesbury Vale who drop further down the table, 3-2 the score after coming from 2-0 down, Patrick Considine (2) and Jack Bronson scoring. AFC Berryfields lead 2-0 away at Thame before succumbing 3-2 as in form Thame turned the game around with a Tony Sandiford hat-trick. Quainton Reserves are off the bottom, as they secured their second point drawing 3-3 win Stone Utd, Rich Cairnie (2) and Pete Weirich scoring. James Green (2) and Jason Fox for Stone. Ludgershall Reserves replaced them at the foot of the table as they went down 3-1 at home to Stoke Mandeville Reserves; Micheal Ford, subs Ryan Whitney and Kieran Long netting 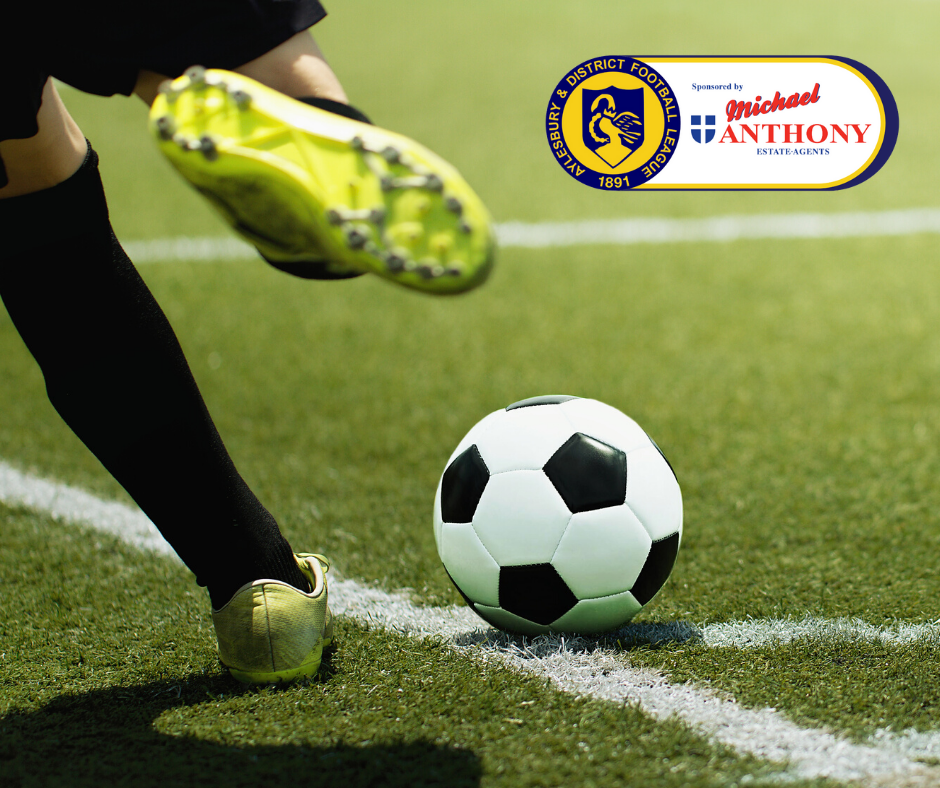