The Aylesbury & District League sponsored by Michael Anthony will have 4 teams in the draw for the 4th round and last 16 after last weekend’s results.

Great Missenden could well see themselves as one of the favourites as there 100% run continued as they romped into a 4-0 away lead at Marlow Utd Reserves, 2-4 the final result after Karl Lewis, Keegan Casey, Charlie Brooks, and Callum Humphries all scored. That’s ten wins in ten games now.

The draw can hinder local sides as Aylesbury sides face each other but that has meant two ADL sides are through via knocking others out.

AWFC have struggled in the League but seem to enjoy a cup game as a last-minute James Steptoe penalty gave them a 2-1 win against unbeaten Aylesbury Raiders. FC Titans are also through easing to a 6-0 win over Haddenham Utd Reserves, Adam Bradshaw scoring four of his side’s goals

Aylesbury Vale Dynamos Developments game was postponed but they are in the draw currently.

In the Wycombe Junior Cup, Thame FC were thrashed 6-1 by Penn & Tylers Development.

In the Marsworth Senior Cup APBS met Rivets Sports for the 2nd time in a week, a more respectable score for Rivets this time losing 2-1. Ayletico lost to non-ADL side Stewkley also 2-1.

In the ADL Reserve Cup there was an upset as Division Two high flyers Prestwood Reserves beat Wendover Reserves 8-3, Jimmy Evans (3) and George Butler the pick of the scorers. Quainton Reserves got their first win of the season beating Wingrave Reserves 2-0; Brian Back and Mike Berridge netting.  Long Marston Reserves are also through beating Stoke Mandeville Reserves 5-2, Brad Freeman (3) and Brandon Care (2).

In the Sheffield Jackman Cup Ludgershall got their first win since the opening day of the season beating AFC Berryfields 3-1. Daniel Moss with a first-half brace, Jack Pennington’s face sealing the game late on with the 3rd.

Back in League Action

In the ADL Premier Division Prestwood missed the chance to go top as they were beaten 3-1 by new look Bedgrove Utd, Cameron Roll, and Joe Smith’s brace. Haddenham Utd were humbled by Elmhurst 5-1 for their first league win this season to move them off the bottom.  Taylor Brown was once again the hero for Long Marston, this time as a sub as his two goals helped them beat Wendover 2-1.

In Division One the topsides were beaten. Bedgrove Utd Reserves were surprised by Wingrave 3-1. George Morris’s hat-trick giving the villages their 2nd win in 3 games after zero wins from their first five. Stoke Mandeville is on a downward spiral after their third defeat in 4 games this time 4-2 at home to Quainton despite George Scott netting another brace. Rivets Sports Reserves are improving slowly but lost their fifth game from five 4-2 to FC Bierton, Kris Byrnes, Billy Millins, Rhys Williams and Aidan Bailey scoring. Tring Corries Development beat Oving 2-, Harry Bennett with a brace.

There was just one Division Two game as St Johns beat Stone Utd 2-1, Richard Mumford and Nik Mikolajewski scoring. Stone is still looking for a league win since the opening day of the season. 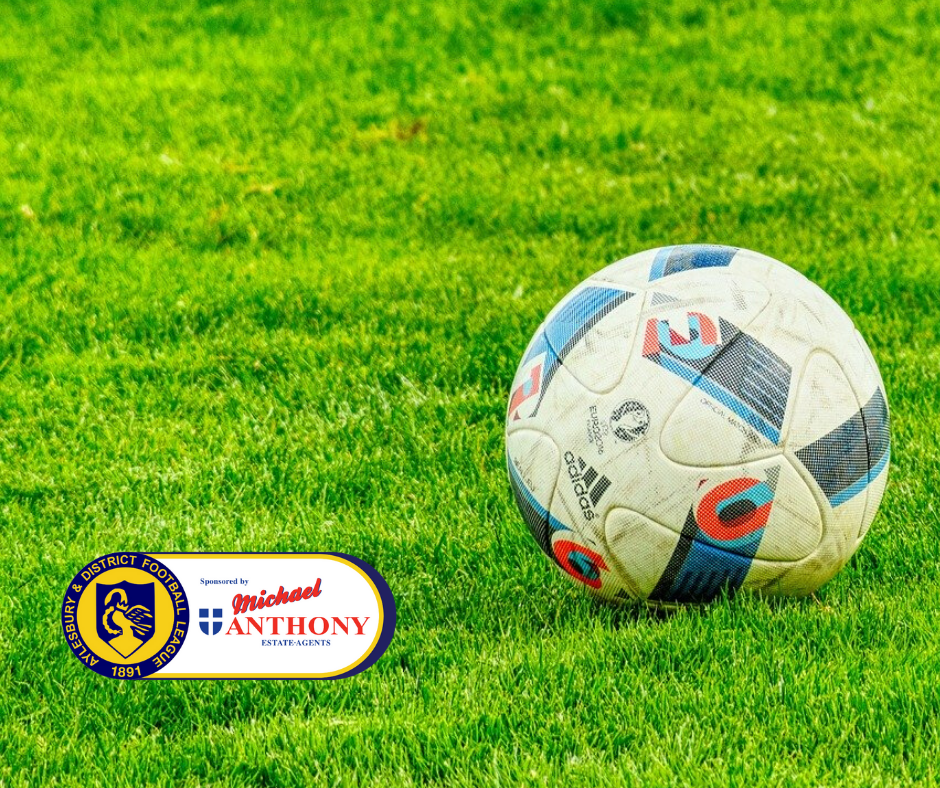