Everyone loves a wet muddy pitch on a Saturday afternoon game of football, unfortunately, many games fell foul of the rain last weekend. However, there were some important League and Cup games that did take place.

FC Titans are into the Berks and Bucks Junior Cup Quarter Finals after a professional 3-0 away win at Hambleden, one of their old rivals. Chris Davies (2) and Frank Andrews with their goals.

AWFC sadly bowed out losing 5-1 at home to North Bucks side Tattenhoe. Great Missenden go again this Saturday coming after their game at Brill Utd was postponed.   Long Marston are into the Herts Junior Cup Quarter Finals after a default home win by their opposition forfeiting.   In the Marsworth Reserve Cup Division Two Stoke Mandeville Reserves caused an upset by beating Division One Wendover Reserves 5-3. Michael Casling (2) Tony Castille, Gary Horwood and an own goal in the Presidents League Cup Ayletico avoided a potential banana skin beating Stone Utd 5-2.

In the Reserve version of the Cup, the ADL Reserve Cup Bedgrove Utd Reserves made it into the Semi-Finals with a 4-2 win over Quainton Reserves. Ryan Macdonald, Trafford Kiff, Jack Self, and an OG.  Back in League Action in the ADL Premier Division Wendover went 3rd with a 3-1 win away at Bedgrove Utd. Callum Thomas, Jack Thomson, and Jack Hodges cancelling out a Jamie Carter goal.

In Division One F Stoke Mandeville went back top with a 5-2 away win at Rivets Sports Reserves. Tom Buchan with a hat-trick. Ryan Mcmahon and George Scott the others.  FC  Bierton moved fourth with a 5-1 away win at Ludgershall, braces for Jay Court and Rhys Williams, Liam Thomas the other. Jamie Mai with the consolation.

In Division Two it’s all to play for potentially after the top 2 teams both lost. Long Marston Reserves had won 6 games on the bounced and had scored in every game this season. They came up against in-form Thame FC who used all their experience to come away with an impressive 4-0 win, they move within 8 points of their rivals with 2 games in hand. Tony Sandiford, James Keeble, Jacob Davis, and Matthew Johnson scoring. Tetsworth Reserves were beaten 1-0 by Wingrave Reserves who seem to raise their game against the better sides. Dan Coggins with the only goal. Prestwood Reserves won by default over AFC Berryfields, they are now 7 points behind with 4 games in hand. Two other sides also have games in hand, Aylesbury Vale Dynamos Development won 3-0 against Haddenham Utd Reserves, Kedge Jeffrey (2) and Steve Keating netting. St Johns have won 6 of their 8 games as they beat Ludgershall Reserves 4-0. Joe Pitts, Jamie Gaffney, and Richard Mumford (2) scoring. 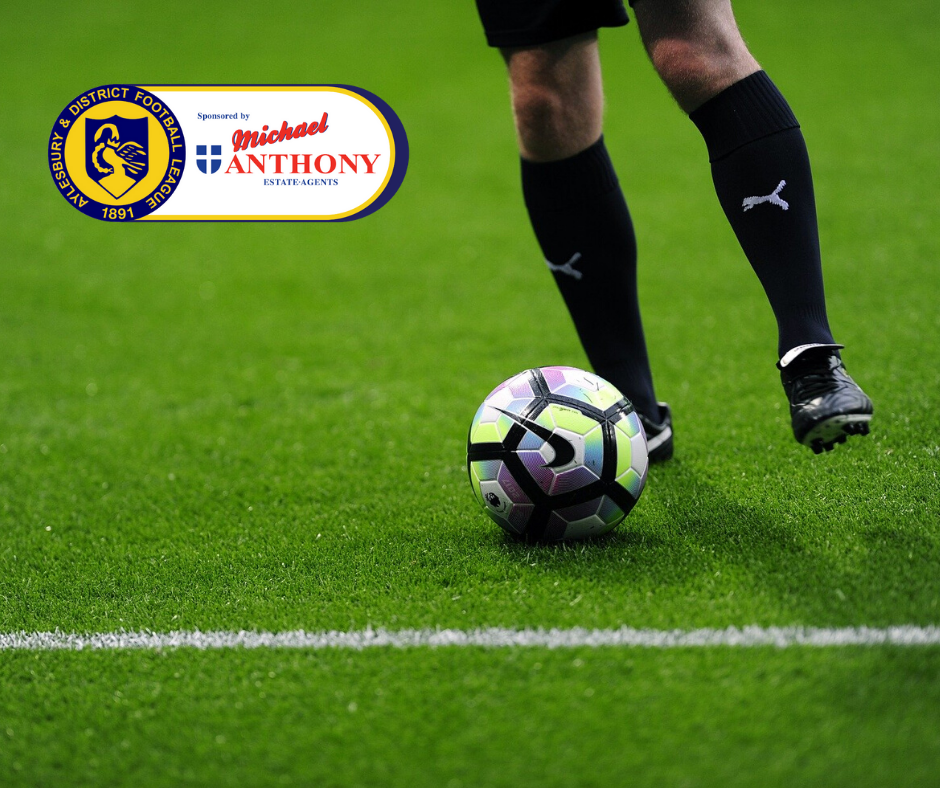