As the Michael Anthony Estate Agents sponsored Aylesbury & District League enters a new year and another decade it’s a time for clubs to start afresh. Some did, for some the misery continued, others were left frustrated whilst some it was like there was no gap over the last three weeks.

With a full round of fixtures last weekend we are celebrating another side into County Cup Quarter Final as Great Missenden made it four sides in the last 8 over three competitions. They did however actually not win their first game of the season as Brill Utd held them to a 0-0 draw before succumbing 5-4 on penalties, Missenden peppered the away side goal but needed Craig Diaz’s winning spot-kick to get through.

In the Presidents League Cup Ayletico carried on some good cup form as they ended Tetsworths unbeaten run in all competitions winning a nine-goal thriller 5-4. Elmhurst also seems to perform better in the Cups and they beat Wendover 3-1 in the same Cup, Akeel Khan (2) and Craig Woolhead netting.

In the Oving village Cup Wingrave were easily beaten 5-0 by Great Horwood as trophy looks likely to go to a non-ADL side this year.

In the Sheffield Jackman Cup FC Bierton avoided an upset as they just squeezed past Stone Utd 3-2, Bierton led 2-0 before being pegged back, a late penalty sending them through. Brett Collins and Jason Fox for the losers, Jack Haynes and Nasar Mohammed brace for the winners. FC Titans are also through beating Stoke Mandeville 5-2; Chris Davies and Frank Andrews a pair each, Curtis Woodroffe the other, Mandeville getting their consolations late on.

Back in League Action and the dominate teams showed the way forward.

APBS went back to the summit with a 4-1 win over Rivets Sports, goals from Ben George, Paul Strong, Ryan Short & Vinny Iannone. Second place Prestwood were easily beaten 4-0 by Long Marston who got revenge for a 7-2 thumping back in September, Curtis Donaldson, Taylor Brown, Oli Garnham, and Karl Thomas scoring. Haddenham Utd grabbed a 2-0 win over Bedgrove Utd who have now lost three league games in a row as they slide down the table.

In Division One Bedgrove Utd Reserves are doing all they need to ensure they can give Great Missenden a challenge as they eased to a 4-0 win over Aylesbury Raiders, Trafford Kidd, Ryan Macdonald and two for Harrison Grinstead. Tring Corries Development are up to third with their fourth win in five games beating struggling Ludgershall 4-0, Harry Bennett 3 and Dimitrij Poplavskij netting. Rivets Sports Reserves are celebrating their first point of the season drawing 3-3 with Wendover Reserves, Phil Bartlett, Dave Hackett and Jamie Johns on the scoresheet. AWFC grabbed their first league win for three months coming from 2-1 down in the last ten minutes to beat Quainton 3-2, especially with a stand-in keeper. Louie Butlers brace and a Sean Smith goal even after playing with ten men via a Sin Bin turning the game around.

Division Two is currently a three-horse title race albeit three other sides have a lot of games in hand. Leaders Long Marston Reserves won their derby over Wingrave Reserves 6-1, Thame in second eased to a 5-0 win over Aylesbury Vale, Thame scorers Jordon Davis and doubles from Tony Sandiford and Nick Barrett. Third place Tetsworth Reserves edged a 1-0 win away at Quainton Reserves. AVD Development smashed Stoke Mandeville Reserves 9-1, Kedge Jeffery hat-trick, and one each from Stuart Proctor, Darren Woolard, Jordan Richardson, Jordan Stallwood, Jude Guest-Brainch and Dan Nicholls 1. Haddenham Utd Reserves ended a poor run with a 4-0 win over Ludgershall Reserves, the score could of been a cricket one had it not been for endless goal-line clearance and poor finishing, Kyle Hopkins, Ben Davis, and Charlie Howlett did find the net twice 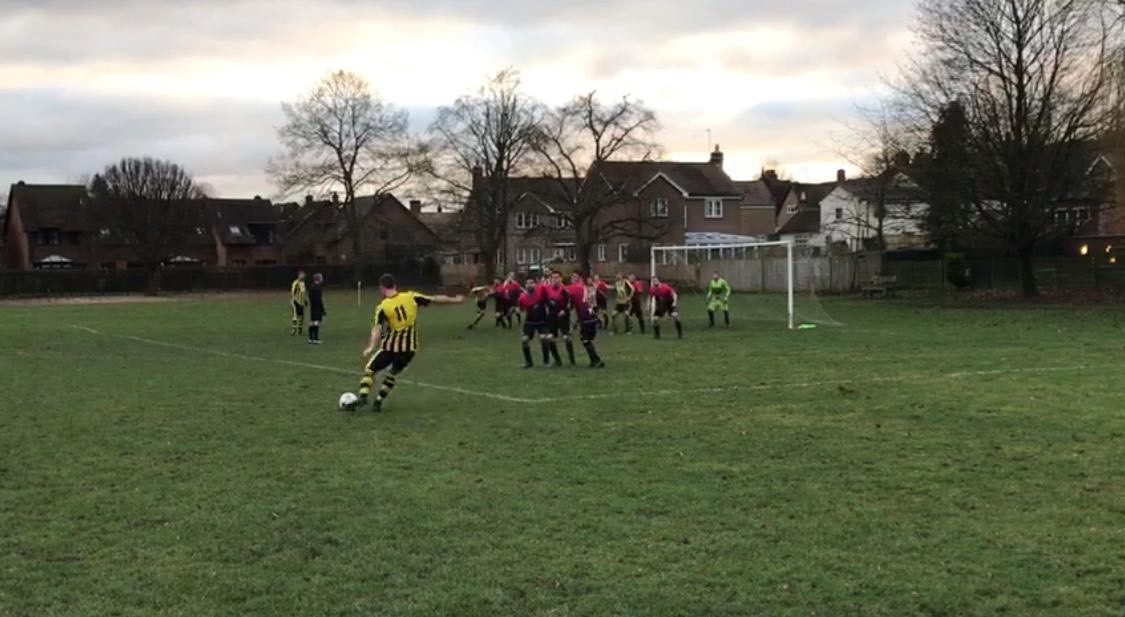 2020 promises much for property and sellers…   read more

Pop-Up Art Show Back for its 15th year…   read more