Weather or Error in ADL

It was an interesting and entertaining weekend for the Aylesbury & District League last weekend. Rain played havoc with village pitches to the same level that the local pitch provider in Aylesbury did due to an administrative error at John O’Connor HQ.

Seven games were called off due to waterlogged pitches and the error but despite over a third of games being called off last week the 10 games that took place still offered entertainment across our 3 Divisions and 5 Cup Competitions.

The celebration of the day goes to Long Marston who won through to the next round of the Herts Junior Cup. Croxley Community had already seen off one ADL side but were outclassed by their visitors. Summer signing Jordan Brown netting a hat-trick, Matt O’Donovan and Oli Garnham the other.

There was an upset in the Presidents League Cup as Aylesbury Vale Dynamos Development saw off higher division Oving 2-1, Jordan Richardson with a brace.

Rivets Sports Reserves have finally got a number of their regular players back and they won an epic battle with Wingrave Reserves in the Marsworth Reserve Cup. Despite going down to ten men after 15 minutes they remained in the game 4-3 down, two late goals sealing a memorable first win of their season, the final Wingrave effort cannoning off the bar. Duane JJ Forsythe, Jamie Johns, Steve Moore and Si Webb scoring. In the Thomas Field Shield Elmhurst were made to work by Thame FC, two Divisions below, before winning 4-3, Thame ending with nine men as Toqeer Butt (2) Akeel Khan and Ibrahim Khan scored for the victors. APBS were held at the break 2-2 by Rivets Sports before finally upping the gears to ease through 6-2. Marc Sunderland and Tom Ferguson goals cancelled out by Ian Pearce (2) Aaron Huddlestone, Pat Callaghan, Alex Thorpe and Vinny Iannone.

In League Action there was just one Premier Division game as Wendover won their first game in six in a much tighter game than their 8 goal thriller versus Ayletico two weeks ago, this just 1-0 the score; Owen Addison with the winner; Ayletico’s 3 match winning run ending.

In Division One, with the top five sides not in action, Aylesbury Raiders used one of their games in hand to move 6th and 5 points off top spot with a 2-1 win over AWFC. Rhys Cairnie and Tony O’Sullivan scoring. FC Titans have started to find some form as they walloped Wingrave 5-1; Steve Locke, Robbie Jeckell,  Chris Davies, Josh Moakes and Curtis Woodroffe all on the scoresheet. Ryan Curtis scored the only goal of the game as Tring Corries Development beat Quainton 1-0 in the final game.

In Division Two only one game survived as Prestwood Reserves continued their winning run with a hard-fought 4-1 win over battling Ludgershall Reserves. Leading 1-0, a calamitous own goal before the break made it 2-0, Prestwood grabbed 2 more before a Daniel Moss consolidation. Ben Bentley, Anthony Moon and Ryan Tisdall scoring for the winners. 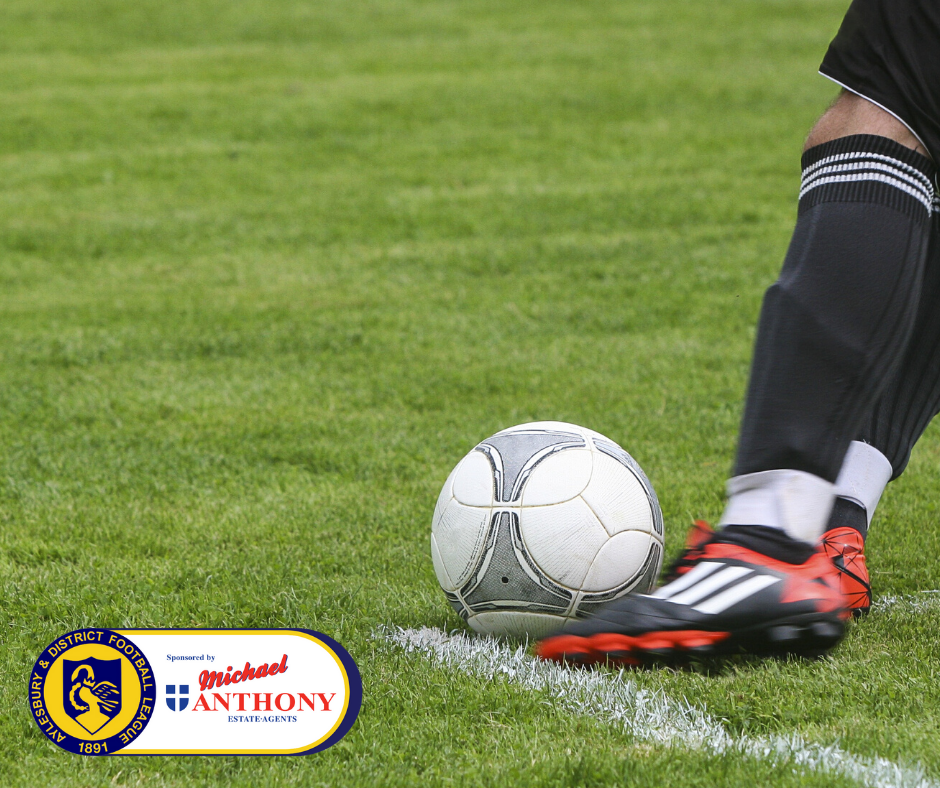