On National Non-League Day the focus for many was just playing the beautiful game and getting everyone possible involved. The focus in the Michael Anthony sponsored ADFL was the top 2 sides in each of the 3 Divisions.

The Premier Division is currently a 2 horse race. APBS is three points clear after a battling 1-0 away win at Elmhurst where MOTM Keeper Gary Wiltshire kept his side level before Paul Strong’s winner. Tetsworth sits three points behind with a game in hand inflicting Bedgrove Utds first league defeat 4-2. Jimmy Riley scoring twice; one a stunning free-kick. A second-half double from Connor Bourke made it 3-0 before Bedgrove’s late comeback, Trafford Kiff and Cameron Roll the consolation goals.

In Division One Great Missenden look a class above after their fifth win from five games, albeit Ludgershall scored 3 goals against them but a 7-3 victory was, in the end, comfortable via 3 braces from Sean Pulley, Keegan Casey, and Charlie Brooks. Harry Andrews, Daniel Moss and Luke Sellar for the losers. Stoke Mandeville are on their toes with a  4-1 win at Wingrave; George Scott and Adam Mohammed with braces each as Wingrave slip into the relegation zone. Bedgrove Utd Reserves sit third ending Wendover Reserves unbeaten start 4-1, Rhys Carey (2) Harrison Grinstead and Luke Rycroft with their goals. FC Bierton are 5th beating Quainton 4-1; Jay Court, Liam Thomas, Luke Trewavas and Rhys Williams with their goals. Aylesbury Raiders have games in hand and sit sixth after a 4-2 win over Oving; Dan O’Sullivan with a brace, but also missing a penalty, Archie White and centre back Dane Hanson with his fourth goal in five games. At the bottom, AWFC grabbed their first league win of the season against their current favourite team FC Titans after also beating them in the Cup. Bruno Ferreria (2) James Baxter (2) and even Josh Baxter netting.

In Division Two, the focus was on the top two finally dropping points as the promotion chase could be any from 5 sides. Aylesbury Vale after a change of management went down to a surprise 2-0 defeat to Haddenham Utd Reserves who are rising up the table. Billy Wagerfield and Charlie Howlett scoring. Fortunately for them, Long Marston Reserves did not take full advantage as they through away a 2-0 lead away at St John’s to draw 2-2, the point putting Marston top. Tetsworth Reserves now have the only 100% record after they gained revenge on AVD Development. Three weeks after an 8-1 humbling in the Cup, the tables were turned as Tetty won 4-1; Shane Bud, Ben Crawford, Kenny Eldridge and a worldly from left-back Nick Portnall.  Ludgershall Reserves and Quainton Reserves got their first points of the season in a scrappy 1-1 draw. Daniel Higgs early on for Ludgershall before veteran Peter Weirich equalising.  Stoke Mandeville Reserves grabbed their first-ever points as they drew 2-2 with Wingrave Reserves. Thame FC beat AFC Berryfields 7-2 in the final game, Tony Sandiford with a hat-trick.

In the Cups and Thoms Field Shield Stone Utd almost upset Long Marston taking a 0-2 lead before succumbing 4-2, Ayletico needs a league win but won another cup game comprehensively 8-2 over Prestwood. In the Marsworth Cup rivets Sports got their first win since game day one just beating Tring Corries Development 3-2, Jamie Johns (2) and Tom Staszewski scoring. Wendover crashed out to Stewkley in the days final game 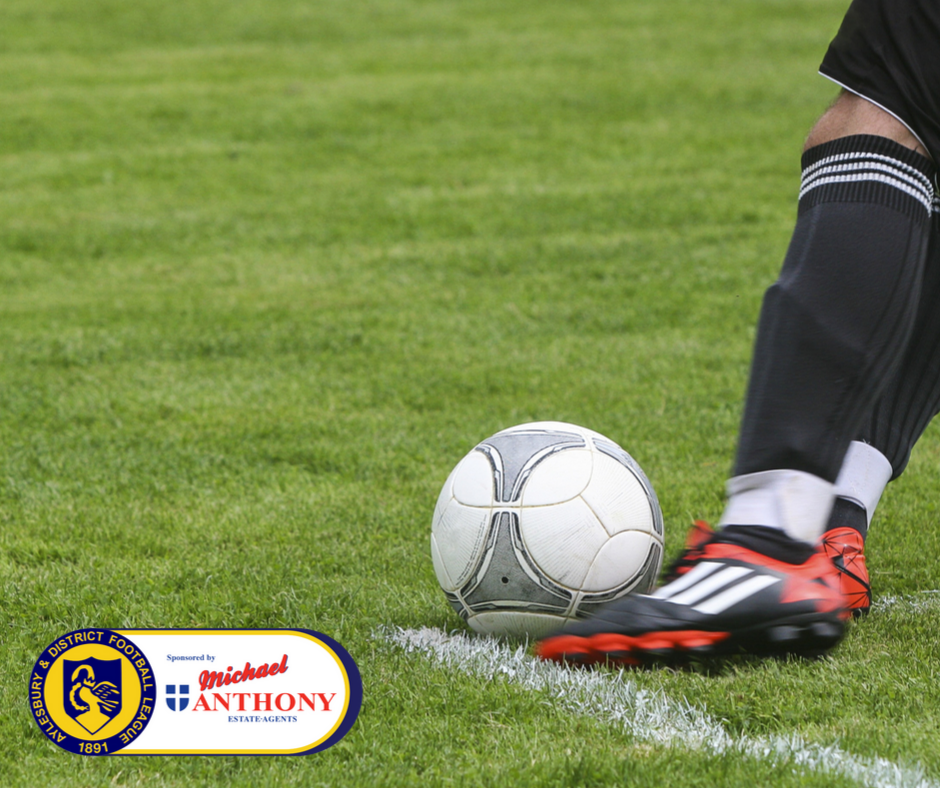